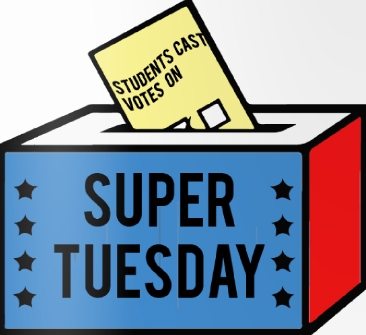 Six states, including Georgia, will hold their presidential primaries on March 1, a day also known as Super Tuesday.

“Primaries are where individuals declare their political party preference,” Cliff Wilkinson political science professor said. “Then they vote for the eventual nominee of that political party.”

Georgia’s primary is closed, which means that citizens must register as a Republican or a Democrat in order to participate. This presents a problem for independents and those who do not wish to register as a member of either political party.

Super Tuesday was created and dubbed the “SEC primary” in an effort to increase participation in southern states that had historically held their primaries too late in the election season for the results to have any actual effect on the nomination process.

“Why wait and vote in November after the field is narrowed when you can help narrow that field yourself?” Jackson said.

Georgia residents must register to vote at least five weeks before an election. The last day to register to vote before the November general election is Monday, Oct. 3. On the state’s official website, Georgia.gov, residents can register to vote, request an absentee ballot and find out more about Georgia elections.

Sanders’s platform issue is income inequality, focusing on “the growing gap between the very rich and everyone else,” according to the senator’s official website.

Clinton’s platform concentrates on reform in a number of policy areas, including but not limited to higher education, healthcare and energy.

Rubio’s platform concerns national security and topics related to it, such as veterans’ issues and international negotiations. His platform also addresses financial issues, such as the national budget.

Trump’s platform revolves mainly around immigration, tax and trade reform as ways to “make America great again,” according to his official website.

Cruz’s platform is centered around limiting the federal government as a mechanism to promote economic growth and protect citizens’ rights.

Kasich’s platform focuses largely on economics, especially “making government smaller, less costly and more responsive to our needs,” according to his official website.

Carson’s platform consists of plans to reform the government as a whole, especially simplifying the nation’s tax code.