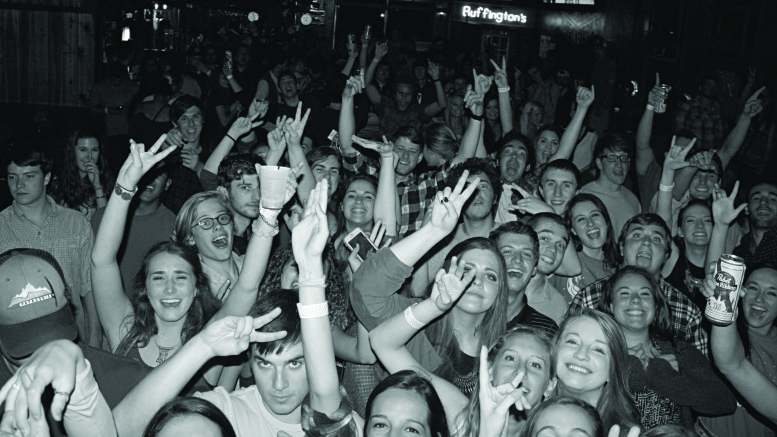 Sounds of the South is a well known, annual student ran music festival that takes place in downtown Milledgeville every spring. The purpose of the festival is to promote community engagement by providing a weekend full of great music while at the same time supporting the Central State Local Redevelopment Authority, whose mission is to revitalize the economy and surrounding areas in Milledgeville.

The Sounds of the South music festival has become one of the largest events in Milledgeville with more than 20 bands taking over the local downtown bars for an entire weekend. This event takes year long, around the clock planning in order for it to be successful.

“Throughout the year I scout out different bands from all over, said Tyler Kelly, a senior rhetoric and sociology double major who is also in charge of booking bands and venues for the festival. “I try and make sure that the bands that are chosen are making honest and genuine music and have a sound that the local community will enjoy.”

“We have experienced a lot of growth in recent years” said Kelly, “last year was the largest festival that we have put on by far.” “It is a 24/7 job,” added KT Lipsiner, a senior mass communication major and the secretary of the executive board. “I hope that the festival continues to grow in the future. This experience has been truly humbling and just awesome.”

Be the first to comment on “Sounds of The South Preview”