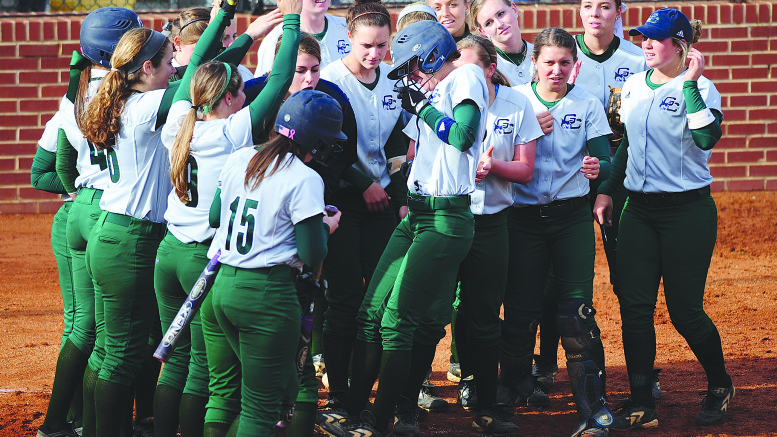 Left-handed “Slap Hitters” bring uniqueness to the plate in their ability to put the ball in play with speed and strategic placement to get the base hit. The Georgia College (GC) Women’s Softball team has three players who have mastered the art of “slapping”: junior outfielder Danielle Bernstein, sophomore outfielder Holland Coursey, and freshman outfielder Caroline Snider.

The slapping technique is one exclusive to softball; Slapping occurs in the left-handed batter box when the slap hitter runs toward the ball to make contact and pressure the defense.

The slappers pressure the defense by forcing them to make an error and make bad throws with the limited time they have to get the ball to first base. Having their feet already in motion slap hitters have the advantage of getting on base faster than right handed batters.

“When you normally have a right handed hitter you only have two and half seconds to get the ball out of your glove, with a slap hitter you have to do it quicker than that.” Coursey said.

A successful slap hitter according to Coursey is one who doesn’t swing hard throughout, but rather stops at contact to get the best placement.

Holland is a dynamic slap hitter in her ability to get the bunt down one inning and power hit the next, leaving the defense unsure whether to push in or out.

“Slapping is all about placement, you have to know where to place the ball to get a hit”, Coursey said. “Danielle gets a lot of hits from having good placement on the ball and she is also very fast, she beats it out a lot.”

Growing up Bernstein being a left-handed batter with speed, was the perfect make up for a slap hitter.

“I was really fast and they said maybe you should try slap hitting because you move in the box to get you closer to first base” Bernstein said. “I was already left handed, so I started and never stopped.”

Freshman Caroline Snider moved over to slap hitting in high school, being legally blind in her left eye her dad wanted her right eye closer to the pitcher to see the ball better.

While these naturals make it look like an easy task any one of them will tell you it’s not as easy as it sounds. Most of these slap hitters practiced timing of footwork and placement for years before being able to master it on the field.

These Bobcat Slap Hitters learned their techniques at a young age from some of the greatest slappers college softball has seen.

Bernstein had the privilege of taking lessons from the all American Alabama centerfielder Brittany Rogers, who was known for her slapping. Holland took lessons from Missouri’s Rhea Taylor who was an Olympian.

Caroline Snider was also influenced by college softball athletes, “When the college world series on, my dad would make me watch every slap hitter that was on playing, and watch the footwork, hands, and where they placed the ball”, Snider said.

According to these slap hitters footwork can be the trickiest part of this method.

“The timing makes it hard because you have to be late, if you are too early that’s when it can go to the pitcher or second base, then there was no point because you will get out at first”, Bernstein said.

“You have to watch your feet, you can’t move them too fast or you can get called out of the box and you’re out if you step out and make contact with the ball”, said Coursey.

The slap hitters will also tell you that getting the ball in the ground is another important way to make slapping successful.

“If you pop up as a slap hitter you might as well be a pinch runner, you must put it on the ground to pressure the defense”, said Snider.

Slap hitters are usually found early in the lineup to get the essential base hits for the team.

Danielle Bernstein and Caroline Snider are found most games slap hitting using their speed, While Holland Coursey is deceptive switching from slapping to power hitting depending on the placement of the defense. Having these three distinctive hitters who get on base nine of ten times, play a huge part in getting runs on the board for the Bobcats. 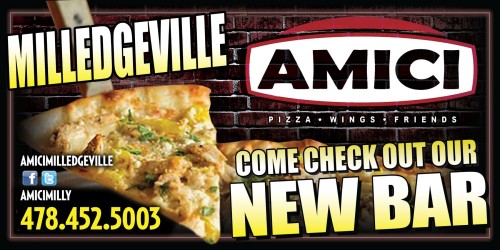