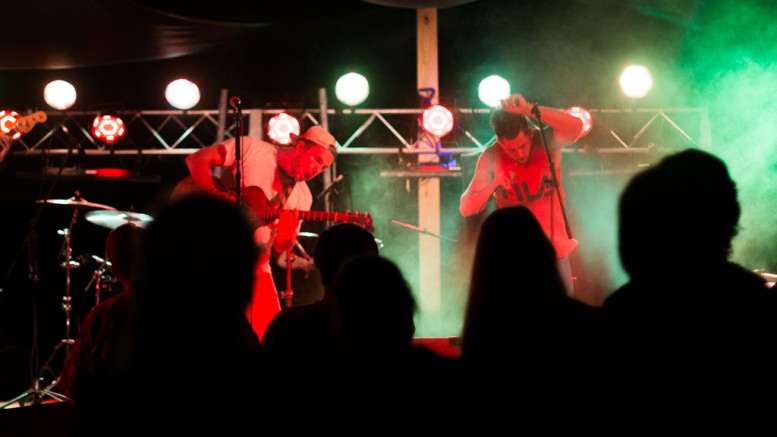 The Fall Line Ramblers opened up the show with an Aerosmith-inspired performance of “Come Together.” The band went on to play a blues-infused classic rock set.

After a while, the Fall Line Ramblers slowed it down a bit for a chilled-out rendition of Van Morrison’s “Into the Mystic.” 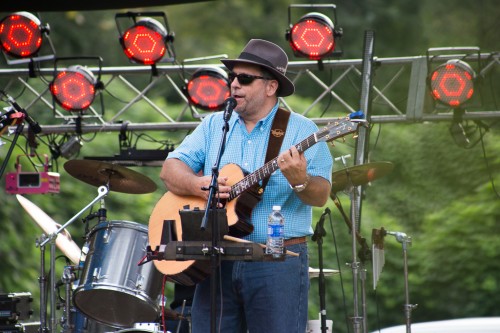 Following The Fall Line Ramblers, Milledgeville’s own, Rapanui took the stage. The self-described “progressive rock” band played a set that consisted of jam band music with a consistently good sound.

The energy of the band was reflected in the positive mood of the crowd, producing a fun and energetic environment all around. 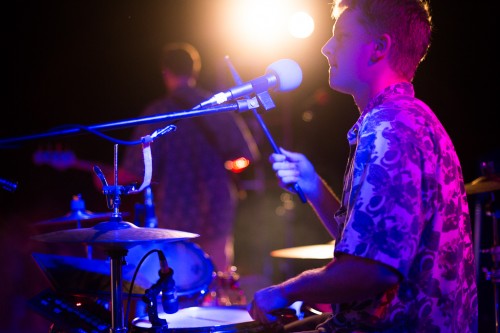 The Norm closed out the night with a high-energy set, electrifying the crowd song after song in typical Norm fashion. The six-man band showcased their diverse musical talent in every song played, whether that was in the unique addition of the “sexaphone,” the epic guitar solos or the slowed-down sound of lead singer Brian Rucker’s ballad.

The Norm ended the night by bringing two young fans onstage for a song. The seemingly shy boys’ lack of enthusiasm didn’t matter because it allowed Rucker and his step-brother Ryan Bars to remind their audience of what they hold most important. 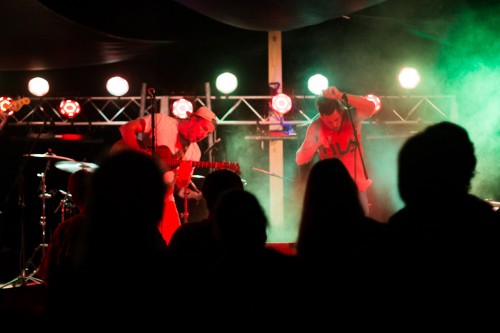 Be the first to comment on “Review: Buffington’s Concert, The Norm and Others”