Loud music draws too much attention

On Oct. 17, at approximately 9:47 a.m., Officer English heard a vehicle on Jefferson Street with loud music playing.  A traffic stop was made and contact was made with the driver. A check through GCIC showed that the driver’s license had been revoked. The male driver was then arrested and taken to the Milledgeville Police Department  where he was issued a citation for driving on revoked license and loud music. The vehicle he was driving was then towed by Old Capitol Wrecker.

A severe case of bed-head

On Oct. 18, at approximately 3:30 p.m., a female student in Bell Hall reported that when she stood up from her desk, her head struck the metal springs of her bunk bed causing her to feel dizzy and lightheaded. She was then taken to Oconee Regional Medical Center for precautionary evaluation.

An Apple iPod a day…

On Oct. 19, at approximately 1:57 p.m., a male student reported that on Oct.10, between the hours of 6 and 8 p.m. an unknown person removed an iPod from his backpack. The backpack was sitting by the fence at Bobcat Village while he was at soccer practice. There are no witnesses or suspects at this time.

On Oct. 21, at approximately 11:44 p.m., Officer Williams observed a male hit the front door of Amici and then yell profanities. Contact was made with the male who proved to be under the age of 21, and who tested positive for alcohol on the Alco-Sensor. He was then arrested and transported to Milledgeville PD where he was charged with underage possession of alcohol.

On Oct. 24, at approximately 10:07 a.m., Coach John Carrick reported that the day before, while the Bobcat women’s basketball team was practicing, several items were stolen from the girl’s locker room. There are no witnesses at this time.

On Oct. 30, at approximately 8:38 a.m.,  a student reported that limbs fell from a tree and struck her vehicle,  causing moderate damage. The City Marshall was called and took pictures of the tree and vehicle.

Posted by Colonnade Archives on Nov 3 2006. Filed under Public Safety Report. You can follow any responses to this entry through the RSS 2.0. You can leave a response or trackback to this entry 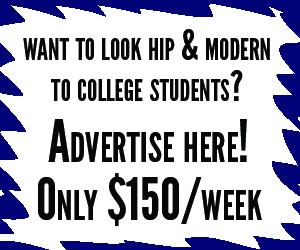