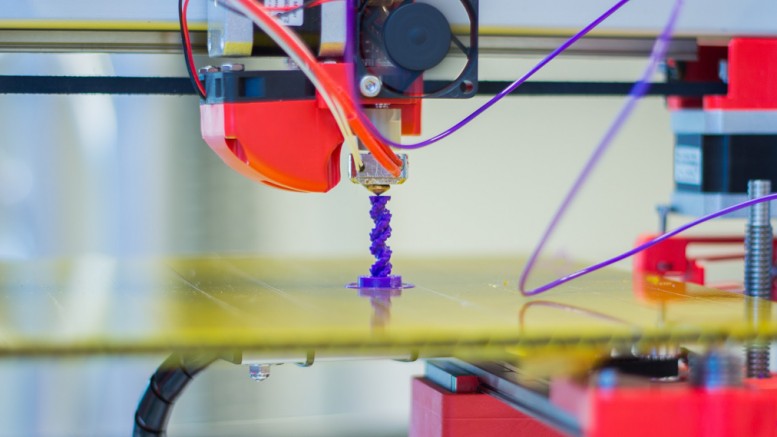 An elementary school student watched the 3-D printer with a smile on his face and impatience in his manner as the model he so eagerly awaited was created layer-by-layer in front of him.

The boy’s name is Brandon, and he demanded that I print a ninja turtle on our 3-D printing station at the Hometown Milledgeville Festival.

The printing of a ninja turtle would take far too long, so instead, I printed Brandon a small model Angry Bird and handed him a flyer to learn how to create his own 3-D projects, maybe even a ninja turtle.

Need-A-Nerd, in collaboration with the Georgia College’s Ina Dillard Russell Library and the Twin Lakes Library System, is offering a series of free classes in promotion of the new Millymaker Makerspace, a community workplace for building, creating, and innovating. Constructing a brighter future for Milledgeville, one project at a time.” The next class offered, on Sept. 26, focuses on 3-D printing.

3-D printing has become a banner for the rise of technology, some created to print weapons, others created to manufacture car parts, and in 2012, Cornell Creative Machines Lab announced that it was even possible to create 3-D-printed food.

“The timing to do 3-D printing was tricky,” said Joe Windish, Associate Director for Operations and Strategic Initiatives at the Georgia College Library. “We had 18 months of struggle when we got it to work.”

The MakerBot, GC’s first 3-D printer purchased by the library, came with many problems. The student technology assistants had to remain persistent in order to get the products the students and community expected.

“But it’s about resilience,” Windish said. “And resilient the students were, as well as the staff of Need-A-Nerd, who have worked with the 3-D printer, and together they are ready to make this technology ready and available to the community.”

Classes on 3-D printing, 3-D modeling, as well as robots will be offered on various dates throughout the remainder of the year. The se classes will be taught by various representatives, both students from Georgia College and staff members from Need-A-Nerd.

During the early planning stages of Millymaker Makerspace, Tommy Cook, owner and partner of Need-A-Nerd, said, “We would like to help facilitate the classes and the training.”

Windish said he hopes students will also learn to become facilitators, teachers or instructors within the space, instead of creating “just another sandbox” for students to use technology. He hopes the space will bring a better sense of connection between the students of Georgia College and the residents of Milledgeville.

“It’s exciting technology,” student library assistant, Jarixta Lee said. “I wish I knew how to use it.” Anyone interested in taking classes or being involved should call or visit Need-A-Nerd in downtown Milledgeville. The idea of the classes is that each person will be able to learn how to use the 3-D printer for whatever service they want to perform, whether that be Need-A-Nerd manufacturing a phone case, or even allowing someone like Brandon to print his very own ninja turtle.

Be the first to comment on “MillyMake 3-D Models”