The Bobcats won the tip and quickly put four points on the board to start the game with a positive atmosphere. The fans rallied with enthusiasm when GC tied the game 38-38 at the end of the first half, promising a compelling finish.

The men battled for a tight game, neither team taking control until the final 13 minutes of the game when Georgia Southwestern took the lead for good. With 10 minutes remaining, the Bobcats gave up an uncontested seven-point run to the Hurricanes, allowing them to take control of the game.

The hopes of a close game were slowly dying when an open lane violation was called with two minutes to spare. This got the fans back in the game, and the Bobcats were able to shorten the gap to a five-point lead.

“We played hard,” said junior guard Ryan Blumenthal. “We just couldn’t get defensive stops when we needed to.” 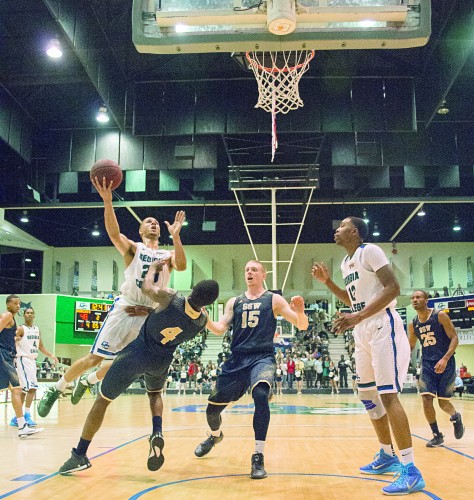 Be the first to comment on “Men drop eight straight”