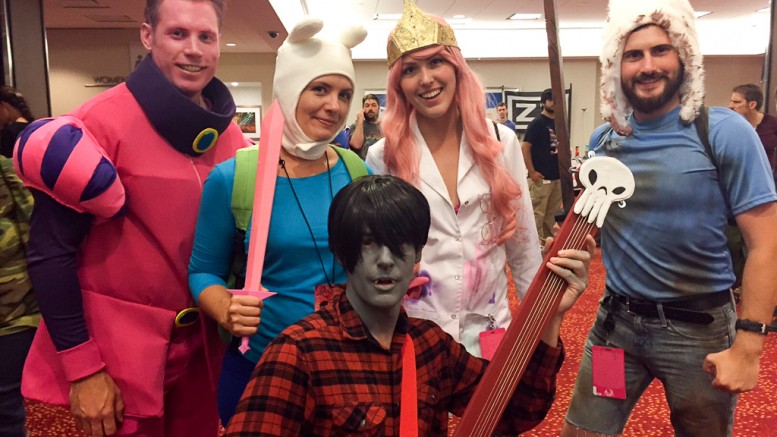 Dragon Con, the one time of the year when nerds congregate for a four-day weekend full of unadulterated science fiction, fantasy, gaming, art, anime and film.

As the largest convention in the Southeast, Dragon Con provides the geekiest of entertainment, from meeting an array of famous actors to becoming a spectator during a medieval steel combat tournament. The convention took place last Labor Day weekend and stretched across downtown Atlanta’s Hilton, Marriot Marquis and Hyatt.

Despite the overwhelming amount of activities and panels dispersed throughout the convention, the real heart of the con lies with the attendees.

For most Dragon Con goers, only about 30-40 percent of the time used at the convention goes towards buying merchandise and participating in the hosted activities. The other percentage of time is used for some good, old-fashioned people watching.

Find a bench; pop a squat, and allow the vibrant colors and costumes to envelop your senses. Lovers of people watching will find themselves overwhelmed by the plethora of interesting people.

Storm troopers, Marvel heroes, anime characters, you name it, someone at Dragon Con probably has a cosplay for it. Cosplayers bring life to the conventions, transporting attendees into a land where famous characters hang out at bars and socialize like normal people.

Cosplaying provides an outlet for people to break away from their boring everyday attire and be someone who kills zombies for a living or saves princesses on the regular. The best of the best cosplayers enter into cosplay contests for a shot at prizes and glorified titles. The contest requires that the costumes must be 70 percent self-made.

Once the day winds down, the real Dragon Con experience arises. Attendees engulf the con’s bars in their homemade costumes, tossing down alcohol before the raves and concerts start.

People decked out in light-enhanced costumes creep out from their hotel rooms and catalyze the party flow. Break dancers randomly show off their skills, and in no time, they amass cheering crowds circling around them. The Marriot Marquis quickly transforms into a massive costume dance party. This year, Dragon Con hosted a Mad Max-themed rave starring Alex Price as the DJ. Dancers decked out in post-apocalyptic attire mesmerized the fist-pumping crowd with their alluring moves. Crowd members blasted “Valhalla spray” into their mouths and shouted “Witness me.” 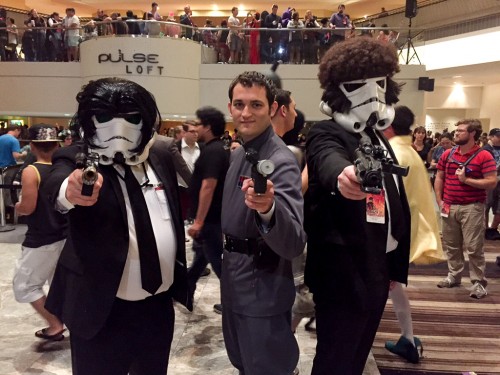 Be the first to comment on “memoirs of a crazy cat lady: Dragon Con”