The ceremony featured a slideshow of photos of graduating students and a few of their many successes. Students, professors, family and friends attended the event. In addition, a guest speaker read an altered version of Dr. Seuss’s “All the places you’ll go”.

The ceremony’s sole purpose is to congratulate and recognize the young men and women who are a part of the LGBT’ (Lesbian, Gay, Bisexual and Transgender) and Ally graduates.

Graduate Ashley Miller, a senior mass communication major, said, “I think it’s really a capstone on my experience being a lesbian and kind of working my way through things and becoming the person I want to be.”

Something unique about this graduation is that each graduate is welcomed to participate by giving a speech, writing a song, reading poetry or any other creative media.

“I think the part of it that made it so exciting is that it’s specifically for LGBT students, and also just getting up there to read my poem and personally thank all the people who helped me was really, really great,” graduate Melissa Cobb said.

The Lavender graduation was also a commemoration of a strong advocate for LGBT students, Mary Jane Phillips, who passed away a couple of weeks prior.

Grace Nichols, LGBT Program Coordinator said, “I imagine she would be [happy]. She worked so hard, she was such a strong ally and advocate. She paved the way for a lot of this stuff to happen.”

Some in attendance were emotionally moved by the ceremony and what it represented.

In the future those involved with LGBT and Ally are hoping that more individuals are more accepting of people who are different. 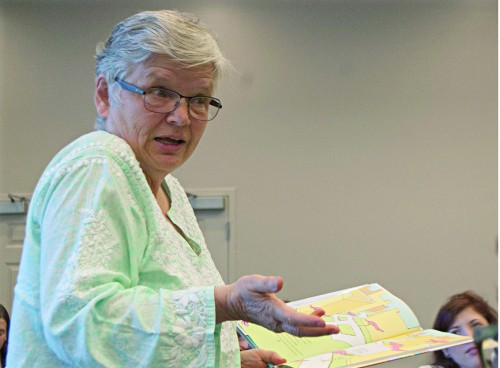