Tug, as it is often referred to, is an annual Greek Week event that requires strength and endurance. Competitors wedge themselves into ruts and clutch their side of a rope, hoping to get the best pull before the clock runs out.

For simply pulling on a rope in the dirt, the rules of tug are quite complicated. In a basic rundown, tug is a double elimination event, and each stage of competition consists of a series of timed rounds.

Aside from the blisters on their hands and the fatigue in their arms and legs, this year’s competition was especially intense due to an element that could break even the strongest of souls: rain.

Greek life spectators watched as their tug team members curled into wet, cold, muddy ruts holding on for dear life, hoping to pull out a victory against their competitors.

With pain on their faces but determination in their eyes, Kappa Delta took home the win for the fourth year in a row.

“It was great to go out there and represent KA and get a win with these guys,” said Steel Swedenburg, senior accounting major. “I’m so proud of our team and wouldn’t want to tug with anyone else.”

The debacle of the tug competition, however, was a rematch between Alpha Delta Pi and Phi Mu. Facing off in the preliminary round of competition, the sororities were neck-and-neck in two rounds of tugging, going into double overtime.

Tug rules state that each team must take a certain amount of team members off the tug line per each round of overtime, and while ADPi head seven girls on the line in the last round of overtime, Phi Mu accidentally had eight, allowing them to pull a victory.

The miscount was addressed and a rematch occurred, this time with ADPi taking the win.

After four and a half hours of rain-soaked tugging, most teams walked away knowing that after months of workouts and practices, they gave it all they had.

“After all that hard work and just like pulling in the rain, it was still pretty awesome,” said Ashlyn Pyden, a member of the winning KD tug team. “It was definitely worth it.” 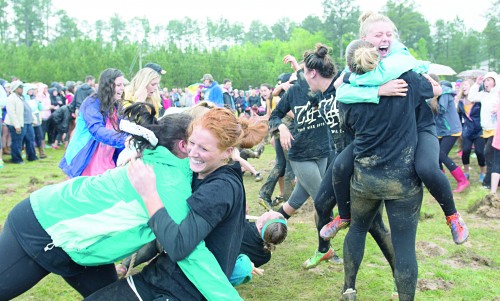 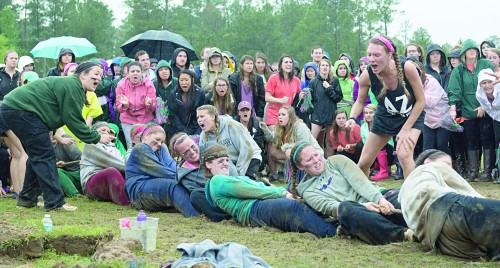 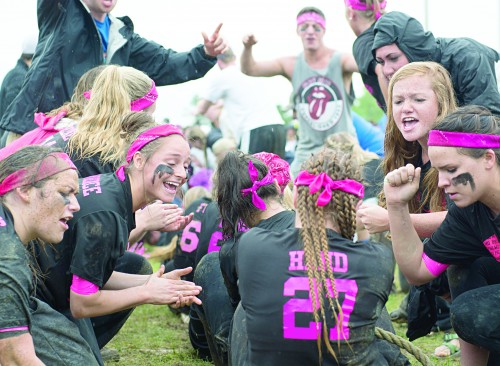 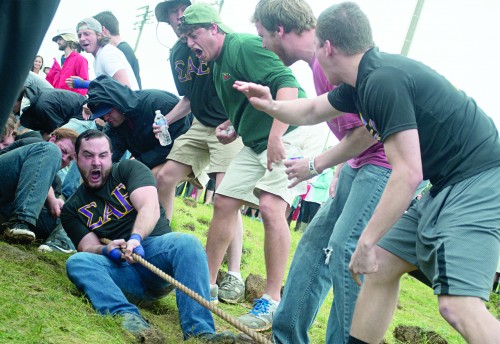 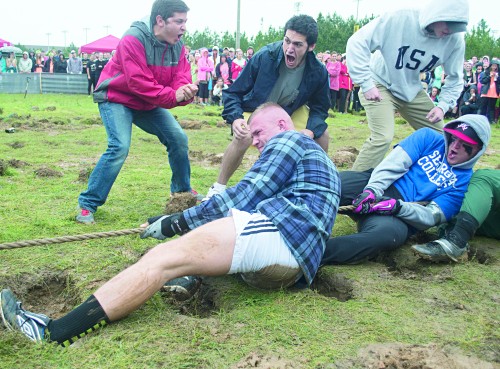 Be the first to comment on “KA, KD slip, slide their way to tug-of-war wins”