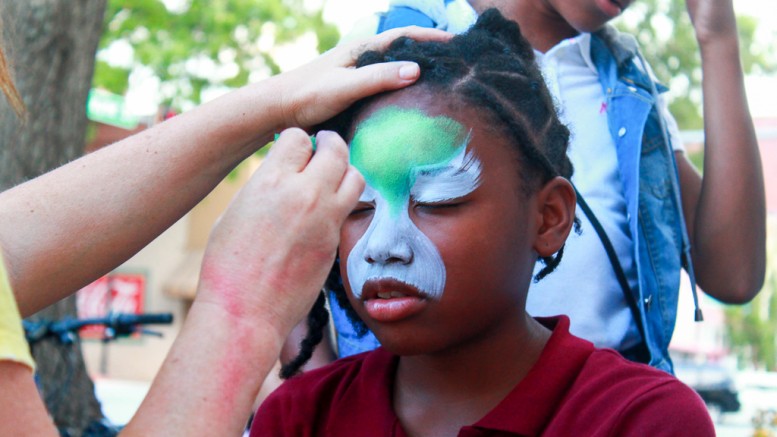 On the first Friday of every month, local businesses and restaurants in downtown Milledgeville open their doors to the community, drawing them in with sales, special deals and extended hours.

“We do it all,” Thornton said. “We coordinate and do all the planning. We are in charge of everything when it comes to First Fridays.”

First Fridays started in February 2011 as a way to bring the local community together and to give downtown businesses more attention.

“It really helps the businesses having the additional foot traffic,” Thornton said. “On average, businesses increase their sales by 25 percent on a First Friday, compared to a normal Friday.”

Donna Collins, owner of The Market Collective, certainly appreciates the increase in popularity on these Friday nights.

“It brings people downtown who don’t normally come downtown,” Collins said. “If they stroll through my shop and they’ve never been in it before, it’s definitely a bonus for me. Even if they don’t buy anything, they come back, and I’ve seen evidence of that.”

Of course, First Fridays are not all about the sales. The downtown tradition has grown more popular over the years.

Shannon Stuart, owner of the Lemon Tree, said the event is always a highlight of the month.

“It’s awesome in the fall when it gets cooler and you can leave your door open,” Stuart said. “You can hear the live music, and it’s just a really good time.”

Thornton believes it inspires a sense of community pride. “I think it’s great to have something that the citizens of Milledgeville can recognize as something special going on in their town and something that doesn’t cost anything,” Thornton said.  “That doesn’t happen a lot of places.”