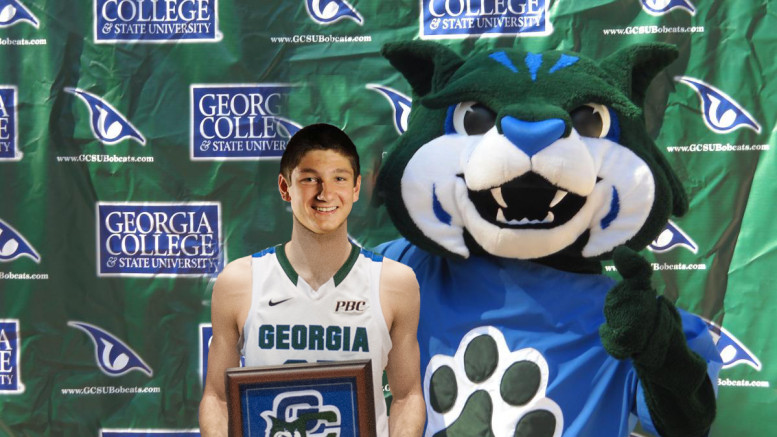 For the first time in Georgia College history, the Bobcats will be blessed with a Division I athlete from a major school.

Following their 82-68 defeat at the hands of Oregon in the Sweet Sixteen round of the NCAA Men’s Basketball tournament, the Duke Blue Devils’ controversial sophomore guard Grayson Allen will transfer to Georgia College for the 2016-17 season.

“I’m absolutely stunned,” Bobcats’ men’s basketball head coach, Mark Gainous said. “This is the greatest thing that could happen to us. This is like a pile of gold falling into our lap.”

Allen’s decision came after the Blue Devils’ elimination on Thursday and said his reasons for leaving Durham, North Carolina, were due to “being tired of the spotlight.” Allen has faced much public scrutiny over his attitude in the 2015 season, infamously tripping other players on the court, refusing to shake players’ hands and managing to get away with blatant fouls.

Allen caught the nation’s eye as a freshman in the 2015 National Championship when Duke came from behind to defeat Wisconsin 68-63. He and fellow freshman Tyus Jones erased a nine point deficit to win the Blue Devils’ fifth NCAA championship. Since then the sophomore has filled the “supervillain” role that has become a staple at Duke University.

“You just can’t help but hate him,” GC Assistant Athletic Director Jimmy Wilson said. “That’s how it’s always been with Duke, no matter what they do there’s that one guy that you can’t stand. Christian Laettner, J.J. Reddick, and now you have Grayson Allen. I, for one, am not thrilled he will be a Bobcat.”

Allen said he chose Georgia College because it is closer to his hometown of Jacksonville, Florida, and because of Milledgeville’s “tranquillity” as opposite of Durham’s size and population. He attended a men’s game this season to “get a feel for the school” and noted it would be a perfect environment to fall out of the national eye.

“We’re about have all eyes on us,” Weston said. “We will have to deal with some media traffic for a while, but I think we’ll only benefit from Allen’s presence.”

Allen is in the process of finalizing his transfer request and is set to begin working out with the team following the end of the school year. Gainous said he is aware of Allen’s attitude, saying that it would “be dealt with” should it cause a problem.