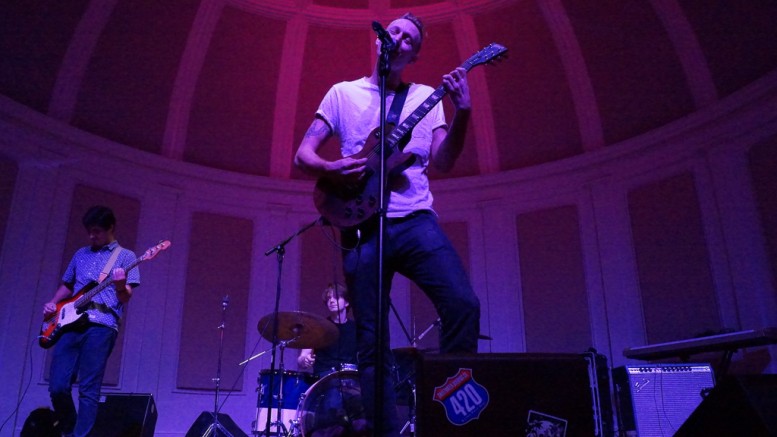 On Nov. 29 the Campus Activities Board hosted its annual Battle of the Bands competition. The judge’s choice award and grand prize winner was Good Thoughts.

colonnade: How and when did the band form?

good thoughts: We’ve been a band together for about two years. A couple of us knew each other already, then the rest of us met at an acoustic night at Blackbird.

colonnade: How would you describe your band’s sound?

Good Thoughts: It’s some kind of new–age indie-punk or something. I don’t really know how to describe it, but I like it that way. When I write music, I try as hard as I can to throw out all my influences and make sure what I’m writing is just coming from myself and what I want it to sound like, as opposed to a song ending up sounding just like the bands I listen to. That’s not what I want when I write music. But when we play covers, which we pretty much only do when we play at bars and stuff, we pick songs that we enjoy and we think are fun for the crowd.

colonnade: What do you plan on doing with tonight’s winnings?

good thoughts: Paying off and settling debts within the band, also beer. After that’s taken care of, we’ll put the rest towards T-shirts and recording.

colonnade: Have you thought of any set ideas for the homecoming concert? good thoughts: Hopefully we’ll have some new recordings out by then, so we’ll be able to promote those and get people to come out to hear them. And we’ll do covers too — that’s what we mostly do at bars and things like that so we can keep the crowd entertained and play what they know.

Be the first to comment on “Battle of the Bands”