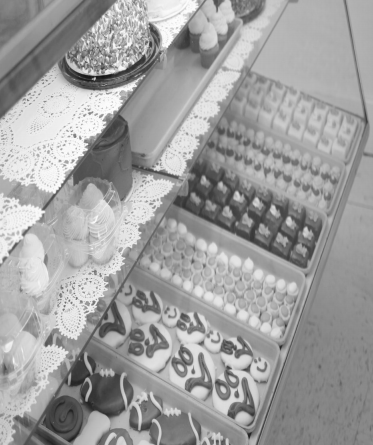 When it comes to sweets, Milledgeville is home to a few treasures frequented by locals and students alike. History plays a major role in Milledgeville’s charm, and several local businesses have had their roots here for many generations. Some of the local bakeries are no different.

Ryals Bakery, located in the heart of Milledgeville on S. Wayne St., is a prime example of a successful family-run business that opened its doors to the public in 1973. This year, the Ryals family and their employees are celebrating 43 years in business. Maggie Ryals, who co-owns the bakery with her husband, first started off covering the books, while her husband did the cooking. The bakery prides itself on baking everything from scratch each morning while using quality ingredients.

Like Ryals, the popular food and bakery joint, The Goodie Gallery, has been a local favorite for decades. Famous for the fresh sandwiches and unparalleled cheesecake, the menu has remained almost unchanged for the past thirty years. Cal Johnson, a 2003 graduate of GC and the current owner of The Goodie Gallery, attributes the restaurant’s success to the traffic that GC students bring.

“Guys like me, the small business folks, Baldwin County wouldn’t support all of us without the students at Georgia College,” said Johnson. Stationed right off the main stretch of N. Columbia St., the building was built in 1975 and originally sold barbeque, hamburgers and ice cream to customers. The title of The Goodie Gallery was donned after Ken and Jennifer Griffin bought it in the late eighties.

Recently, many new businesses have begun to open up their doors to the public. Doodle’s Cupcake Bakery, located on 140 N. Jefferson St., opened five years ago and, until recently, has only been open one day a week. Doodle’s owner, Keith Grant, who works full time at Oconee Regional Medical Center, explained that her hectic work schedule was the reason behind Doodle’s being open only one day a week. The past success of the business encouraged Grant that it was time to expand to three days a week.

“I’ve got people that work with me that I can trust now and I know they can run the business for me the way I want it to be run,” said Grant. “I love cooking and I love to make people happy, and that kind of goes hand in hand.” GC students are excited about the shop expanding its days so they can take advantage of the baked goods.

“I’ve only been to Doodle’s once due to the fact it was only open once a week, but I loved it,” said Hayley Barden, a sophomore. “I’m so excited for the expansion of the days that it will be open and I’m looking forward to going more often.”