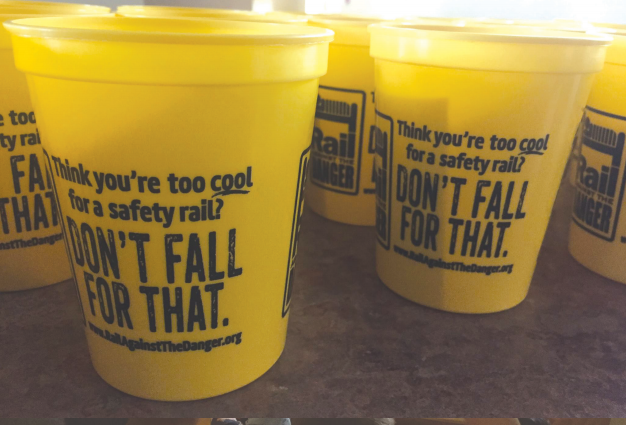 Written by: Will Slaten

Lofted beds are the standard in college dorms due to limited space, however few people think about the risk of slumbering six feet off the ground. The Georgia based non-profit Rail Against the Danger (RAD) is making it their goal to draw attention to the dangers of ill-equipped lofts on college campuses.

The Center for Injury Research and Policy of the Research Institute at Nationwide Children’s Hospital estimates that there are over 36,000 bunk bed related incidents annually. Wielding this statistic, RAD is working with the University System of Georgia (USG) to make sleeping safer. Driven by RAD’s message, GC has now implemented a safety rail policy for student housing. Dorm dwellers will not be required to attach the apparatus to their beds, however it is mandatory that the rails be present in each room.

“I think a lot of kids would use them. I am a big fan of them,” said Tanner Karneboge, a freshman of GC. Karneboge also said he has been saved a time or two by his rail already, a luxury that Clark Jacobs, the Vice President of RAD, was never afforded. As a sophomore at Georgia Tech in 2014, Jacobs fell from a lofted bed with no railing and fractured his skull. He endured two brain surgeries and a stroke as a result. The absence of a rail robbed Jacobs of over a year of his life as he completed intensive therapy. RAD is a direct outcome of Jacobs’s struggle and the organization has big goals.

Their mission, said President Mariellen Jacobs is, “that every student has quick, free access to safety rails and always has the option to have a bed that is not elevated. Second, to change the language and the integrity of the housing materials to reflect the dangers of sleeping in a top bunk, or loft without rails.”

The organization has already seen success and not just at GC. Due to the actions of RAD, there is an effort to educate and provide rails to students on all Georgia public campuses. Much of the work is done through the housing directors at each school, but there is an educational facet present as well. These individual campus efforts are comprised primarily of flyers, videos and campus visits. Much of the effort is also comprised of social media campaigning, according to Sandra Neuse, a USG representative. RAD hopes to see safety rails eventually become mandatory and plans to continue to spread its message of safe sleeping to more states, and thousands of more students.

The Lemonade: Hunting the Rainbow