Sam Blankenship did yoga twice a day in order to master the relaxing exercise.

I wake up to the sun, and the day starts in my bed. I stretch here, moving around and waking up my body. The mind doesn’t come as quickly.

Yoga in the morning starts slow. Sometimes I just sit on my mat, bending and moving from side to side. And that’s it.

Sometimes I push up into downward dog and move into sun salutations. But it’s always slow. You have to feel your body, accept where you are that day.

Night is different. My mind is constantly going. I have to keep moving to distract myself from the wandering thoughts.

I have to find new ways to move. New poses to try. And somewhere along the way – in between one mountain and the next – the thoughts stop coming. All that matters is finding the exact position or balance. And there I find space.

It’s not like yoga is something new. It’s everywhere. And it certainly wasn’t new to me.

For years I used yoga like exercise. It was a means to an end. It was a series of poses that would strengthen my body and ultimately lead to some kind of result: stronger core, less knee pain, more flexibility than the girl next to me.

In fact, up until 30 days ago, that’s still what yoga meant to me. Because 30 days ago I decided to do a 30-day yoga and meditation challenge and write about it.

I didn’t give myself any rules other than to practice yoga and meditation for at least some period of time every day. And for the first week, it wasn’t a problem.

Every night, no matter how late I got home, I got out the yoga mat and went to work. The meditation was hard at first, but I managed at least 10 minutes every night.

Things were going good. I was proud of myself. I could notice a difference in everyday things. I was so much more aware of my body and my movements. Simple things became a part of my meditation. Drinking my morning coffee, walking to class, taking a shower. I did everything with more deliberation and I enjoyed those little things so much more than I ever had.

And on the mat I was getting into poses that I hadn’t even heard of before. My heels were sinking lower to the ground with every downward dog. I even got into a headstand for the first time ever.

But then I missed a day. And then two. And three.

I figured I should just stop and scrap the story because I’d failed. I was disappointed in myself because I’d wanted so much to be diligent and disciplined with this. But life got the better of me, as it usually does.

It’s like when you make a New Year’s resolution and break it before February. The year’s already gone to crap and it’s only just started.

Sometimes we set ourselves up for failure by having these impossible standards.

Because the truth is I didn’t fail when I missed a few (maybe more than a few) days of yoga. I failed when I made yoga and meditation into a competition of will. One I knew I would lose.

I like to be the best. No matter what I do, I want to be perfect. And if I’m not going to be great, I’m not going to do it. That’s ultimately why I stopped playing tennis after 12 years, even though I loved it. I wasn’t the best and I couldn’t take it.

You see, it turned out that my 30-day yoga challenge wasn’t a lesson in discipline, like I thought it would be. It was a lesson in space: physical space and emotional space.

For me, yoga is all about creating space, and meditation is about exploring that space.

You create physical space in your body: pulling the shoulders down and back, lengthening the spine, spreading the toes. You expand your body. You take up space.

There’s nothing wrong with taking up space in this world. You’re here and you deserve it just as much as anyone else. Don’t be afraid to live big.

You create emotional space within your body by breathing through the poses. It’s a sensation that comes before you realize it. Somewhere along the way your breath stops giving you just oxygen and starts giving you life, a fresh start.

With each breath you clear away the negative thoughts, the doubts, the worries, and you’re left with space.

Give yourself space: space to fail, space to get lost, space to dream and space to be.

It took 30 days and 30 nights of doing yoga (and not doing yoga) to realize that I’d built a box around my life. And there wasn’t enough space. 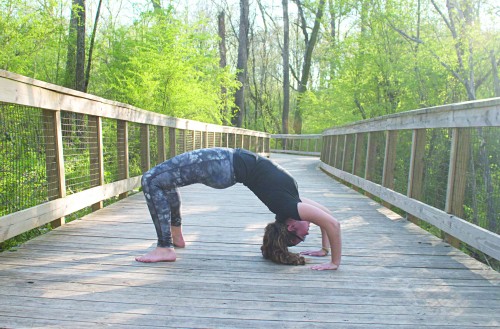 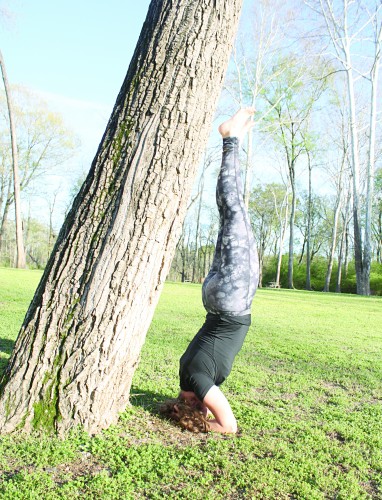